A consultation on Options to Address Primary School Capacity and Accommodation Pressures in South Edinburgh has begun this week. The public consultation period will run until Tuesday 6 October 2015.

The options proposed have direct implications for several south Edinburgh schools, including South Morningside Primary. Further information can be found on the council website.

Four public meetings will be held in respect of the proposals at the venues, dates and times listed below:

A public consultation will commence in August 2015 to consider options to deal with the primary school capacity issues in south Edinburgh.

There are three options outlined:

You can read today’s statement on the council’s website. The full 77-page council report is also available for download. 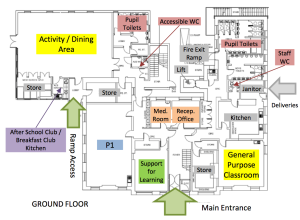 The school have issued an update on progress with the new Deanbank Annexe. You can download the report here.